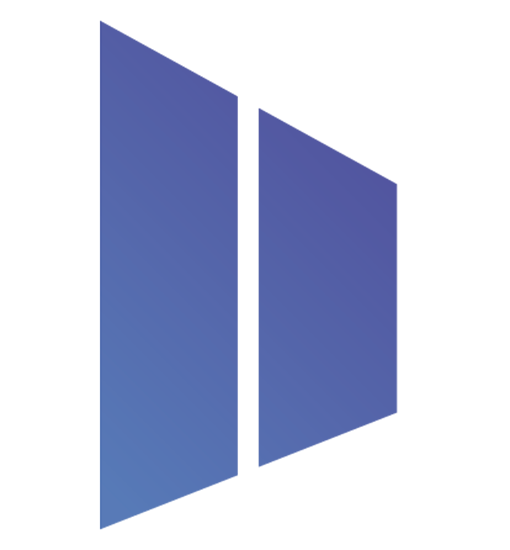 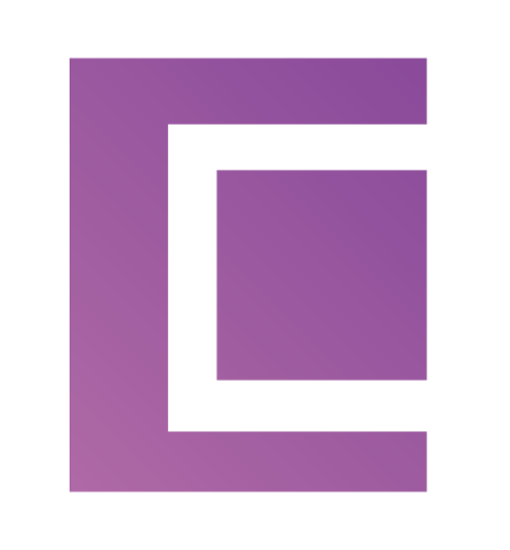 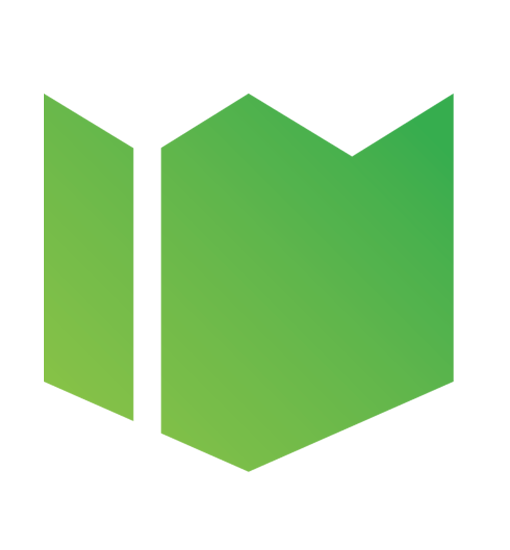 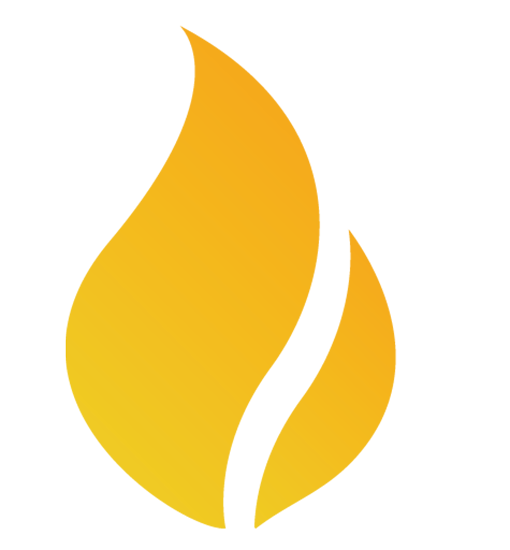 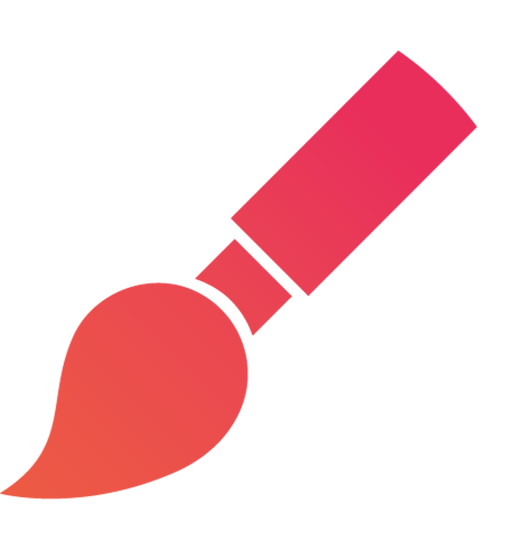 Please tell us about the advancement in façade technologies & façade materials in the past 5 years?

The world is changing faster than we can imagine and building facades are no exception. But before highlighting the latest facade technologies and materials that today complement them, it is worthwhile understanding the current limitations in facades overarching steering towards reducing the carbon footprint of buildings and the need to overcome them.

Facades today are static and that is perhaps its most limiting factor. What you buy today stays with you forever the allowable light, the thermal performance and of course, the aesthetics. The performance expected from facades during day and night, and during seasons, is entirely different, yet there is nothing that can be done frustratingly sometimes with the result that occupants resort to additional shading devices like blinds or films. Besides its static nature, another limitation inherent in most facades today is its non-interactive nature, or at a broader level, its inability to be of any additional use other than a building envelope.

These two areas are the ones where technology has the greatest scope for transformation and we are seeing new advancements, at an increasingly quicker pace, in transforming facades to be dynamic and “living”. Some of the striking and notable material innovations here are electrochromic or photochromic glasses, energy-generating BIPV (Building Integrated Photovoltaic) facades, “green” algae-powered facades and external dynamic shading devices that are electronically controlled, just to name a few. These are just some of the many facade technologies being developed today, and combined with smart design, will ensure that facades of tomorrow are not only different but more functional and practical than today’s general norm.

What are the advancements in energy harvesting façade technologies?

The most common form of energy harvesting facade technology is Building Integrated Photovoltaic (BIPV) systems. According to a recent study, the global BIPV market was valued at USD 16.86 billion in 2018 and is projected to increase significantly at a CAGR of 15.9% from 2019 to 2028. Such attractive numbers have unsurprisingly got many more producers of BIPV systems in the market, with the result that both the aesthetic and the efficiency figures have seen positive and interesting movements. While conventional BIPV systems were limited by their staid and opaque look and were mostly used to cover walls and utility areas, there are variants now that offer a reasonable level of light transmission and come in a wide range of colours and textures. Higher efficiency numbers are the key to this technology picking up pace as use in facades. Developers need quicker ROIs, typically in four to five years, compared to the eight to ten years currently. One of the upcoming solar cell technology called Perovskite solar cells have demonstrated efficiency values of 25 to 28% - and the huge monies invested in solar technology research will ensure these values will only get better with time. 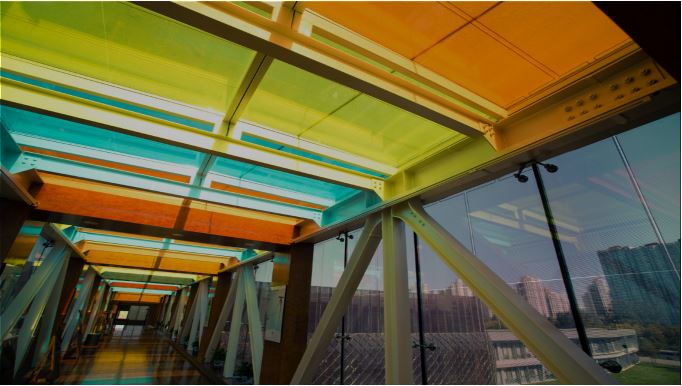 An example of coloured thin-films for solar energy generation 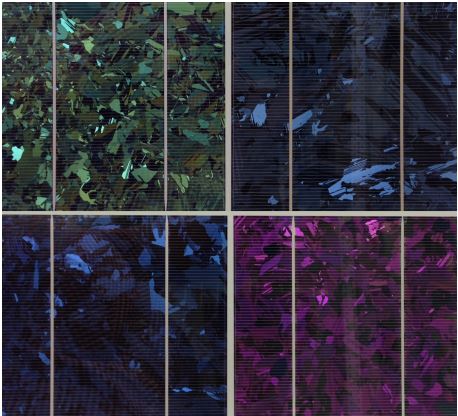 How are products like glass helping in building parametric façades?

Parametric facades are a great way to enhance both the appeal and the climatic adaptability of a building. It is also a great avenue for architects to showcase their innovative and smart design skills, while amplifying the functional attributes of a building envelope. And if it's a façade, how can glass not play a role! With its enormous flexibility and bespoke application adaptability, glass can be fabricated to fit in any parametric façade design. With virtually any complex shape possible, in laminated and insulated forms to suit the building’s spectrophotometric requirements, glass is the product of choice that can add “smart” transparency to buildings and ensure conformance to all the building codes. With the popularity of cold bending also on the rise, glass can now take even more complex shapes and forms. 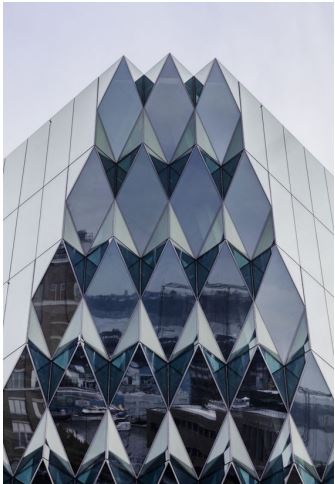 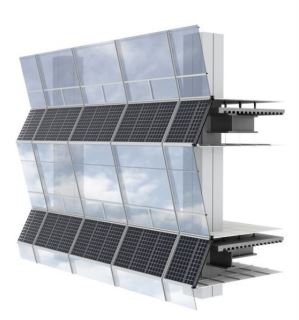 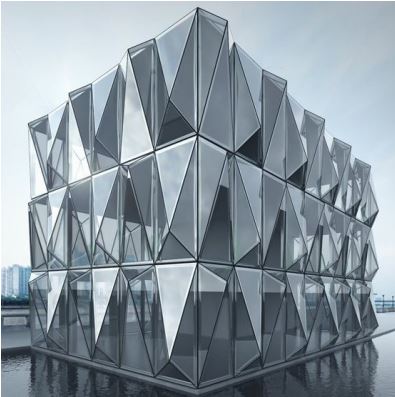 Please tell us briefly on automation in façades and fenestration?

As mentioned before, one of the greatest limitations in conventional facades today is its static property and automation is helping overcome that in dramatic and exciting ways. One of the most promising technologies in this field is the use of dynamic glass - glass that can change its light transmission, and correspondingly its heat gain coefficient, electronically. There are now various technologies available in this space today - special sputtered coatings, electrically charged laminate films and liquid crystal (LC) infilled units. While the construction technologies are strikingly different, most of these have a light transmission in the range of 1% to 50% and correspondingly the heat transmission ratios range from 0.09 to 0.40. Most of the products available in the dynamic glass category are electrochromic - giving users the flexility to change the light and heat transmission on demand, however there are some companies producing photochromic glasses, typically at a lower price level, where the light transmission changes automatically depending on the amount of light lux incident on its surface. All these systems today can be integrated to the building automation system, and can be controlled by users with an app on a smartphone. 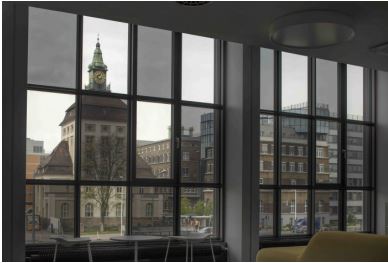 Besides dynamic glass, use of dynamic shading is another upcoming trend and if given the budgets required, they are an architect’s dream product! Consider the Al-Bahar Towers in Abu Dhabi, one of the world’s hottest cities during summer months. Designed by AHR (formerly Aedas UK), the double-skin facade utilizes a high-performance silver low-E coated glass as the inner layer and this is further encapsulated with polytetrafluoroethylene (PTFE) based adaptive facade that automatically open or close depending on the intensity of sunlight. Adaptive facades can also be controlled manually or through pre-set timers that dictate its movement at different times of the day. 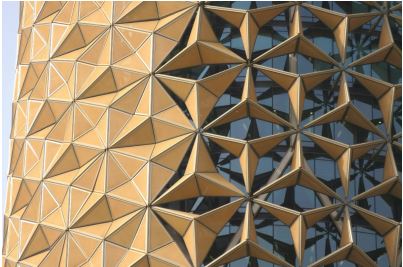 What are Interactive façades and what are their benefits and limitations?

The term interactive facade is self-explanatory - facades that are expressive, responsive, can change appearance on demand and interact in ways that allow it to function as more than just a simple building envelope. While many iterations of this definition are possible, currently the most accepted and available technology available is LED integrated facades, more common called media facades. These facades can play content on demand, with varying resolution and colour saturations, and can transform a facade into a giant billboard or simply a great city landmark. Technologies for creating these media screens vary from LEDs embedded within a laminated glass unit to creating a LED-mesh network as a second skin.

Since this is a relatively new technology, volumes today are relatively low at high price points - limiting their overall acceptance. However, their potential as a revenue generation source by creating giant advertisements can result in innovative ways to proliferate their use. As an example, manufacturers can offer this product at greatly subsidized costs and getting a share of the revenue generated through advertisement over a few years, thereby reducing the initial capital expenditure for the developers. 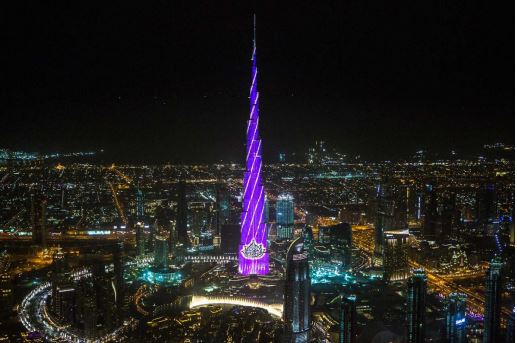 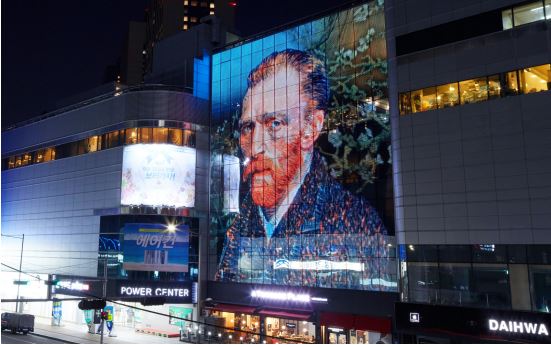 What are the future opportunities for smart facades, adaptive   facades and interactive facades?

To start with smart, adaptive and interactive facades are the future! As mentioned before, facades of today are limited by their static and non-interactive characteristics, and with the entire global warming crisis threatening our very existence as we embrace this new millennium, facades will need to get more responsible and buildings as a whole less of a carbon-generating unit. As per the United Nations Environment Program, buildings and their construction together account for 36 percent of global energy use and 39 percent of energy-related carbon dioxide emissions annually - facts that come as a surprise to many considering there are no “visible” emissions like vehicles and factories. And since the building’s envelope is the primary contributor of energy gain, and correspondingly its most important element in controlling the carbon footprint, it is no longer a matter of choice but mandatory to come up with technologies that perform better, are more functional and, of course, look great.

Worldwide, companies in the facade space recognize this fact and trends point towards a concentrated and hurried research and development effort in creating new facade designs, technologies and products. Investors and venture capitalists are also appreciably investing in startups that aim to harness this huge performance gap in facades as also architects, who realize that innovation in design is the only way forward in this fight for global climate sustenance. While most of these technologies are prohibitively expensive right now, it's a matter of time that the critical mass threshold is breached and higher volumes will justify lower prices and ubiquitous availability. Til then, I guess it’s up to all of us building occupants to minimize the energy usage within whatever facade is enclosing our work and office space. Sometimes the smallest thing like switching off that light bulb immediately when not in use counts! 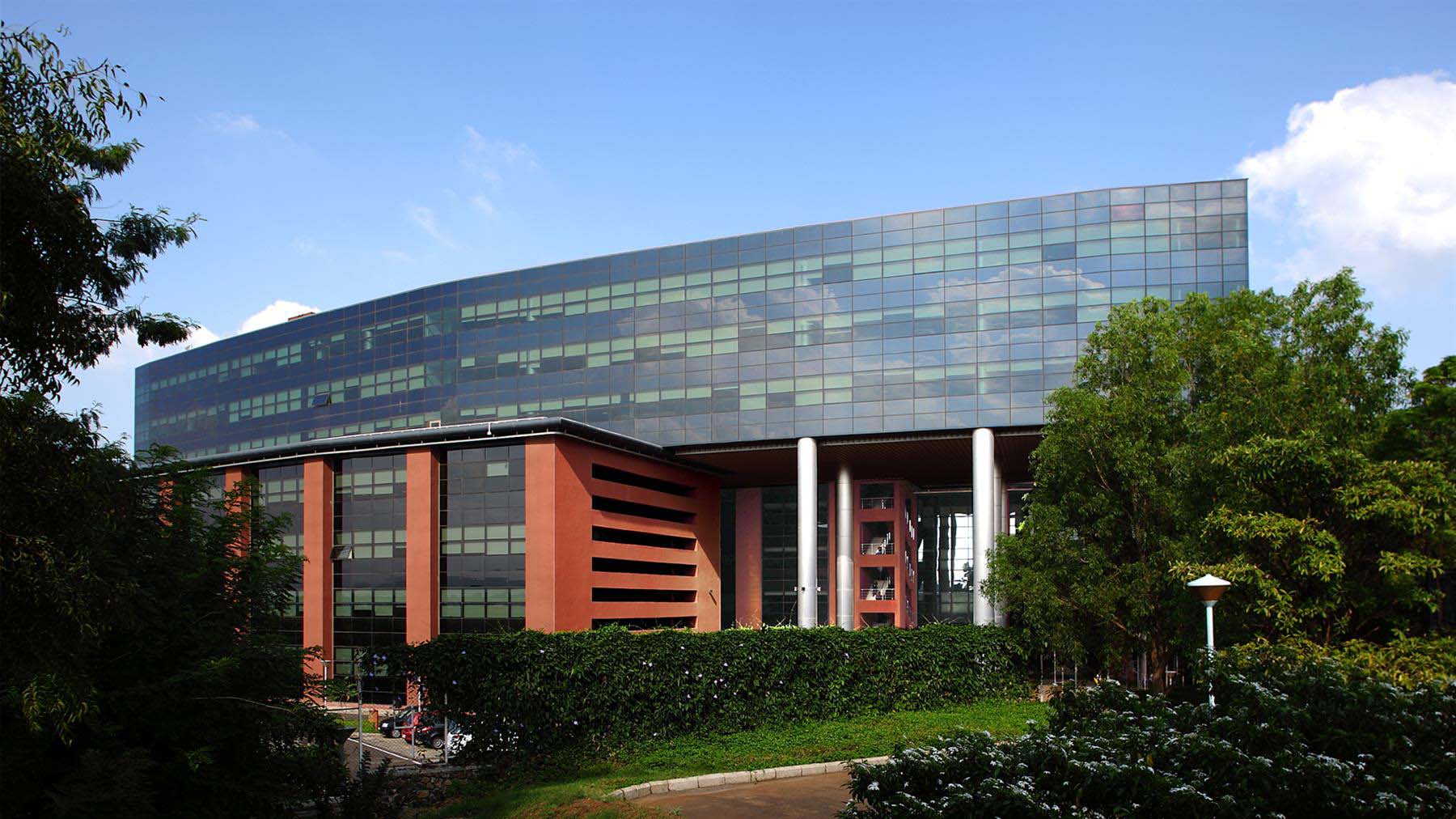 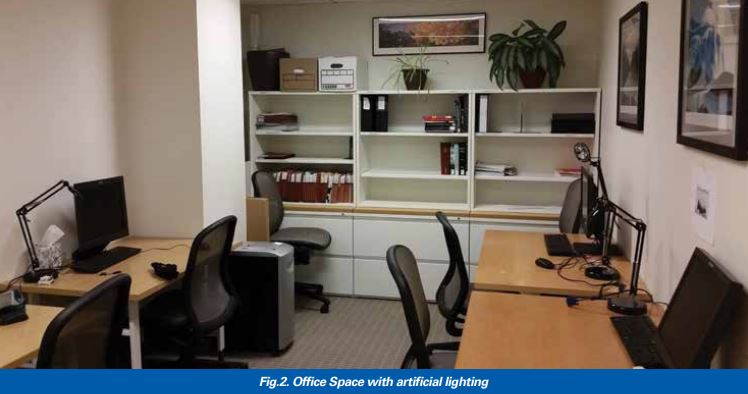 Start Your Next Project with FG

Let our experts find the perfect solutions for you!

We’ve received your request and will be in touch with next steps.

By clicking “Accept All Cookies”, you agree to the storing of cookies on your device to enhance site navigation, analyse site usage, and assist in our marketing efforts. Learn More